I had no idea, but this totally makes something make sense.  In the spring the Yamanote train rocked up with a life-size decal of a Japanese man in his forties or fifties in a spandex outfit with golden balls on his head.  He was advertising a bottle of medicine called Tough Man.  Every time Tough Man came into the station I thought I could do without that visual, I’d really rather not think about that man’s life size problem with impotence on my way to teach junior high, although he seemed sort of okay with himself, even happy, compared with everyone else on their death march to work, so maybe strong man, pride, and that cape were working for him.

Now that I learned the word golden balls…. 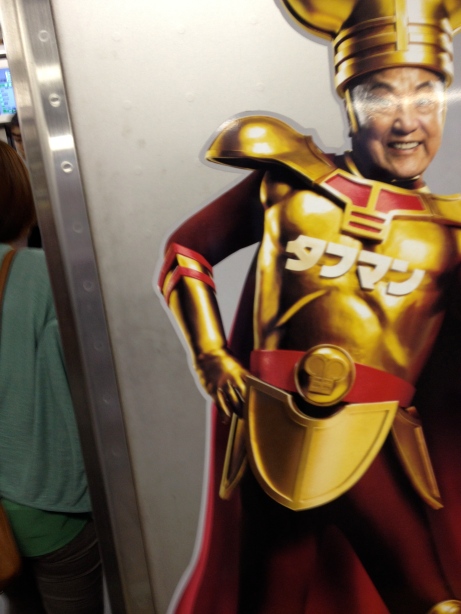 In the heat of the moment I cut off the balls which was the whole point of the picture. My bad.

it totally makes sense that he was wearing golden balls on his head.  Mystery solved!